Your marketing messages tell your brand story. What are your prospective clients hearing?

I saw a Tundra comic strip recently that illustrates a common problem.

The cartoon depicts a wolf dressed in cheesy clothing standing in a pasture. The sheep that were apparently grazing near him had turned and run off. The caption reads: “I’m starting to have my doubts about this ‘wolf in cheap clothing’ technique.”

Words. It’s funny how a small error or a misunderstanding in communication can cause a result that no one was expecting.

When I was little girl I lived on the west coast – just blocks from the ocean. When I lost my first tooth and my mom told me the tooth fairy was coming to our house, I thought she meant a “ferry.” Silly, right? It just never occurred to my six-year-old brain that it was a fairy. After all, I’d never seen a fairy but I saw ferries every day and I imagined a tugboat-like magical thing that swooped into my bedroom, took my tooth and left me some money.

Fast-forward a number of years and I observed something very funny, but a bit embarrassing for the young man involved. The receptionist at a salon would greet everyone that entered and then ask, “Are you here for hair or aesthetics?” The problem was that she spoke very quickly. With the slightly slurred sound from poor diction, it sounded like she was asking: Are you here for hair or sex? One day a young man entered the salon. The receptionist asked her regular question, perhaps a little quicker than usual. The young man blushed deep red and stuttered, “Hmmmm…haaiiirrrr??”

What does your brand say about you? Are potential customers overlooking you entirely because they are drawing the wrong conclusion? Or, are they interpreting what you say in a way that misses the point?

Your brand is telling a story. Make sure it’s the story you want them to hear. 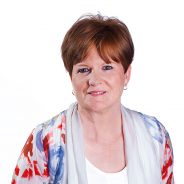 Trudy Callaghan
Back to Blog Roll
COVID-19 Notice
Our office is operating with normal office hours Monday through Friday, though we are no longer accepting in-person meetings and are adhering to all recommendations set out by Alberta Health Services.